The Academy Awards are closing in fast and while everyone is looking at the nominations, the other thing on fans and celebrities minds is the 3rd Annual Roger Neal Style Hollywood(RNSH) Oscar Viewing Black tie Dinner Gala and it’s accompanying Celebrity Gift Suite. This one-of-a-kind evening is presented at the world famous Hollywood Museum, and will take place on Oscar evening Sunday, March 4th 2018 at the Hollywood Museum (the historic Max Factor building).

“We are beyond thrilled to produce our 3rd Annual Oscar party at the Hollywood Museum which houses the largest collection of entertainment memorabilia on display in the world; I cannot think of a more perfect place to host 80 stars many who are past Oscar nominees, winners and presenters. Young and classic stars from TV and Film will have the opportunity to tour this incredible museum prior to a sit down gourmet dinner with wine & champagne (Lorimar Winery) to see a special Academy Awards exhibit and the brand new just opened Batman 66 Exhibit,” Roger Neal, Dinner Chairman, who for the past 22 years has produced the RNSH Oscar Gift Suite, said.

In addition to the viewing party, the Oscar (RNSH) Gift Suite will be held earlier at the Museum for the stars attending the Oscar Viewing party. They will be gifted with a swag bag filled with couture and favorite brands worth over $20K. After the gift suite, the stars will proceed to the Oscar viewing dinner red carpet press line for photo ops and interviews then on to the ballrooms for the Oscar Viewing party and Icon Awards. In addition, the 3rd Annual RNSH ICON Awards will be presented before the Oscar broadcast to Oscar nominated and Grammy winning actress and screen writer Renee Taylor, Marion Ross, Burt Ward, Karen Kramer and The Pointer Sisters Hit Recording Artists.

The Icon Awards presenters include Don Most and Anson Williams to Marion Ross, Charlene Tilton to Burt Ward, Jon Voight and Lainie Kazan to Renee Taylor, Billy Bob Thornton and Lilly Tomlin to Karen Kramer, and Carol Connors to The Pointer Sisters.  All awardees will accept in person. 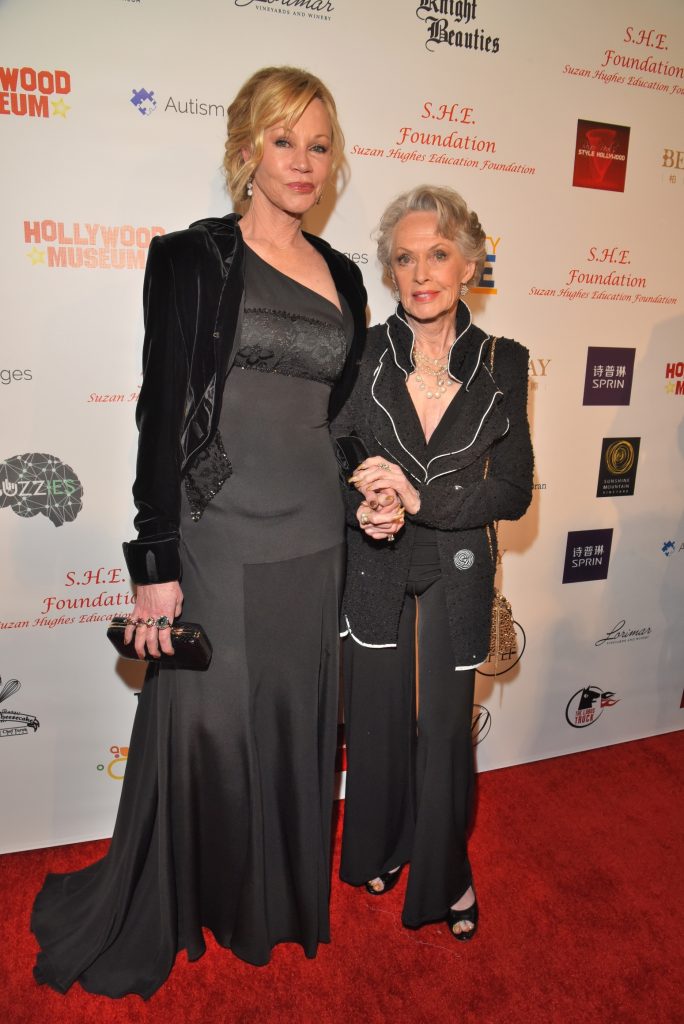 ”We are thrilled to have Roger and his Oscar Viewing Dinner back with us , we are right in the middle of all of the Oscar night activity and we know that the guests and stars coming to this dinner will have an incredible time,” Ms. Donelle Dadigan , Hollywood Museum founder, said.

This is the chance for fans of Hollywood and film to get up close and personal with many of the celebrities they know so well. While the RNSH Oscar Dinner and Gift Suite is by invitation only, the public may purchase limited available dinner seats for $1,000 each in advance. The event will be even a more sought after place to be the night of the Oscars as Night of 100 Stars has ended and Edward Lozzi, the CO-Organizer and PR Director, has joined the Roger Neal Oscar Event.

The Official RNSH Oscar Party and Gift Suite will provide a gift swag bag for The Stars. The stars will receive couture and gifts from:

Belleeck Castle, Ballina Ireland  will be gifting a vacation valued at $10,000, which includes a four day, three night stay.

THE BAHAMAS TOURISM & FILM COMMISION– escape to the Bahamas some of our lucky stars will get all-inclusive stars in the Bahamas most exclusive resorts.

HOLLY & PHILIP WAGNER- marriage and relationship experts of the books FIND YOUR BRAVE & UNLOCK YOUR DREAMS.

Handbag Designer Timmy Woods Beverly Hills, with us for her 9th year with her one of a kind handbags.

Lorimar Winery the beautiful Tuscan Winery the official Winery for the suite and dinner since 2012. Lorimar Wines win gold medals for their wines.

Buzzies– wear these bracelets and your stress and anxiety gone in 30 seconds.

Rogers Burgers– This gourmet burger eatery will feed the media on Oscar night.

Rhonda Shear – In her new book UP ALL Night she shares the stories, revelations and struggles along the road to her huge success

This year the Official Charities benefitting from the RNSH Oscar Viewing Dinner include: The Thalians

Also Discover Hollywood Magazine and CELEBRITY PAGE TV will serve as a media sponsors for this special Oscar Viewing Dinner.

ABOUT THE HOLLYWOOD MUSEUM IN THE HISTORIC MAX FACTOR BUILDING: See 10,000 Authentic Show Business Treasures spanning more than 100 years of Hollywood history! Located next to the world-famous Hollywood Walk of Fame, the Hollywood Museum in the Historic Max Factor Building houses the largest collection of entertainment memorabilia on display in the world. It is home to thousands of costumes, props, photographs, posters, celebrity automobiles and other treasures from some of the most iconic films and TV shows ever made! See Hollywood legends, past, present, and in the making! The museum attracts thousands of fans from around the world and was recently named one of the top tourist attractions by LA Weekly and by Trip Advisor, and was voted one of the Top 10 Museums in LA by the Los Angeles Tourism & Convention Board. The Hollywood Museum is a 501 (c) 3 not-for-profit organization.

March 7, 2018 Gisele Events 0
Spread the love
Spread the loveOn Oscar Night, March 4, 2018, Gene Chang (Gene Chang Fashion PR) threw an Oscar Bash with all the Hollywood Glitz and Glamour one could hope for. The Penthouse-Rooftop Ballroom of the Andaz […]

February 24, 2018 Stephan Martin Celebrity Gift Suites 1
Spread the love
Spread the loveDoris Bergman treated guests to her Tenth Anniversary Valentine Romance Oscar® Style Lounge & Party and everyone in attendance left with memories of what is sure to be one of the highlights of […]

Celebrate the Oscars – Movies in Manhattan

February 23, 2019 Meryl Pearlstein Entertainment 0
Spread the love
Spread the loveFor the third consecutive year,Westfield World Trade Centerwill roll out the red carpet for the Tribeca Drive-In: Dinner and a Moviefilm screening series, organized in partnership with the team behind the Tribeca Film Festival, and […]