Prepare for hysterics and laughter from the inimitable Neil Simon in “California Suite.” Produced by MadKap Productions, the comedy is being performed now through July 14 at the Skokie Theatre.

In the tradition of Neil Simon, “California Suite” shares the antics of four couples who stay in the same suite of rooms at the luxurious Beverly Hills Hotel, all at different times. Simon had great success with “Plaza Suite” in New York as well as London and continued this motif. This time, the year is 1976 and it’s fun to see the cultural references to that year – the celebrities, popular perfumes, and cocktails. On stage, there are feuding couples; drunken husbands and frustrated movie stars, all presented with the effortless comedic style of America’s undisputed master of comedy. The actors deliver a range of emotions – from deep-seated pain as well as clever lines that make you laugh and cry at the same time. Within the dialogue are some brilliant Simon lines such as “I think the two of you produced a hell of a mother” and “You are my refuge for disappointment.” All of the characters are “visitors” from different parts of the world.

Susie Steinmeyer is a standout as the caustic New Yawker Hannah Warren. While holding onto bitterness and what might have been, she tries to do the best thing for her daughter, who had run out to California to live with her father. 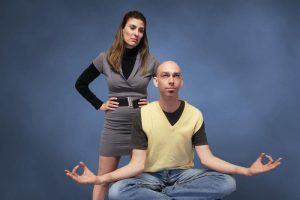 Tim Walsh as the husband trying to hide his little indiscretion from his wife makes all the right physical comedic moves. He has the audience in hysterics when he can’t get rid of the hooker and his wife discovers her. 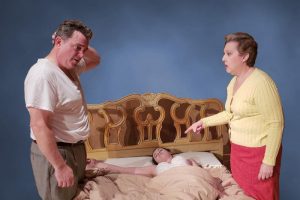 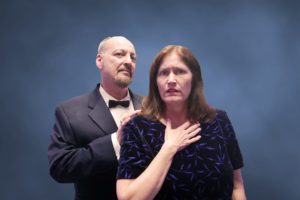 The British couple comes all the way from London to appear at the Academy Awards, where she has been nominated for an Oscar. Elizabeth Rude as Diana Nichols is in total despair both before and after the show as cracks in her relatiomship with her husband begin to emerge.

The last scene features two couples who have been traveling together on vacation for three weeks. Everything that could go wrong does and at that point, the play really descends into a farcical madness, leaving you laughing as you exit the show. 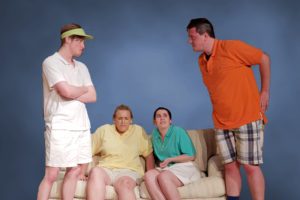 For reservations or additional information, visit SkokieTheatre website, or call the box office at 847-677-7761. Performance times are Fridays and Saturdays at 7:30 pm, Sundays at 2:00 pm. Tickets are $34 general admission, $29 for seniors, and $24 for students. Skokie Theatre is located at 7924 Lincoln Ave in Downtown Skokie.

Eighth Annual “Give a Hootenny” Honors Women in Folk Music

August 17, 2022 Mira Temkin Entertainment 0
Spread the love
Spread the loveEvery year, local artists get together to honor performers who have made an impact on the music industry. Past honorees include Pete Seeger, Peter, Paul, and Mary, Bob Dylan, and most recently, John […]

One Night Only – An Incredible Evening of Entertainment in “Torch, Sass and Swing!”

July 7, 2018 Mira Temkin Entertainment 0
Spread the love
Spread the loveComing to the Skokie Theatre for one night only, Friday, July 20 at 8 p.m. is an unforgettable evening of torch songs, smoky clubs and great music by four of Chicago’s greatest talents. […]

American History Comes to Life in “1776”

June 29, 2019 Mira Temkin Entertainment 0
Spread the love
Spread the loveKnowing the heated arguments going on in Congress right now, one can only imagine what our founding fathers must have endured rebelling against England and King George in 1776. Fifty years ago, the […]