Located between Hampton Roads and Chesapeake Bay, Hampton is surrounded by water, making this peninsula an important part of American history. With events dating back to the first African-Americans landing on American soil in 1619 to involvement in both the American Revolution and the Civil War, Hampton is a fascinating place to visit. Come see why.

Hampton Shoots for the Moon

For someone who experienced the early years of space exploration, it was quite a thrill to see where the astronauts trained, how they practiced falling into the water from a pod and coming face-to-face with NASA’s command capsules. No, this is not the Smithsonian, but Langley Research Center, NASA’s first training facility opened in 1917. Originally built to explore military and commercial aircraft, Langley changed course in the early 1960s to compete in the space race. This is where the real story of the popular book/movie “Hidden Figures” took place. Here, women like Katherine Johnson calculated the mathematical trajectories for sending John Glenn in orbit and other space exploration. LRC is only open to the public for special events. nasa langley website 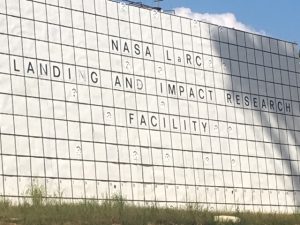 The Virginia Air & Space Center, the official visitor’s center for NASA Langley Research Center, gives you a glimpse of America’s journey into space. See the Lunar Excursion Module Simulator used by the first astronauts, learn about the current exploration to Mars aboard the Orion spacecraft, discover the “Space Racers” and “Be the Astronaut.” You’ll be wowed by the Inflatable Lunar Habitat and listen to the sounds of the Sun. With more than 100 hands-on exhibits, an IMAX Theater and live demonstrations, you’ll come away with a much deeper understanding of America’s space triumphs and tragedies. There’s even a Smartphone Tour app.

Located where the Hampton Roads Harbor meets the Chesapeake Bay, Fort Monroe is the largest stone fort built in the U.S, carrying a long and storied history as well as strategic prominence. In 1609, Fort Algernoune was constructed there as a protection for the Jamestown Settlement. In 1819, Fort Monroe was built, later serving as a Union-held bastion during the Civil War. Of most historical significance is that this was a safe haven where slaves fled. Union General Benjamin Butler declared them “contraband of war” and refused to return them to their owners, their first taste of freedom.

Decommissioned as a U.S. base in 2011, the fort remains a delightful place to spend the day. Enjoy outdoor recreation, scenic views and four centuries of American history. Tour the Casemate Museum, known for the jail cell where Jefferson Davis spent more than two years before he faced trial. See Old Point Comfort Lighthouse, built in 1802, and still operating. Have lunch at the Paradise Ocean Club. Hang out at the beach. Get the best views in Hampton Roads at the Chamberlin as you dine at the Chesapeake Dining Room.

One of the most interesting things I learned was the reason why this fort was built. After the U.S. won the War of 1812 against Britain, Congress realized they needed to do a better job of protecting the Eastern seaboard. An interconnected system of 42 forts was built from Maine to Florida, Alabama, Louisiana and California. Today, all are still standing, but many have been decommissioned.

In 1619, a group of 20 African-Americans reached Colonial America at what is now Fort Monroe, marking the beginning of the Virginia slave trade. Every year, the Annual African Landing Day Commemoration takes place in August to honor their arrival and legacy. During the 400th anniversary next year, look for a variety of Living History tours, education programs, special museum exhibits and more happening throughout the area. Check out hamptonVA2019.com, project1619.org and americanevolution2019.com to find out our more. 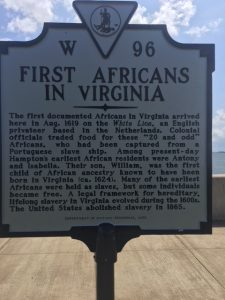 Visit Hampton for more information and to share 400 years of American history with your family.

Spotlight on COVID-19: In Conversation with Rebecca Alexander, LCSW-R, MPH

April 14, 2020 Andrew DeCanniere Health, Fitness & Sports 0
Spread the love
Spread the loveAlmost overnight it seems as though life as we know it has changed… at least for the time being. Almost everyone seems to know — or, at the very least, seems to have […]

December 21, 2022 Mira Temkin Worldwide Hotels & Resorts 0
Spread the love
Spread the loveOnce a sleepy fishing village on the Pacific Coast of Mexico, Mazatlan has emerged as a popular tourist destination with gorgeous hotels, an engaging culinary scene, and a welcoming vibe. Mazatlan, which means […]

May 15, 2018 Judith Singer Entertainment 0
Spread the love
Spread the loveThere has been a pile of really bad Potterverse parodies; some dreadful novels, a handful of local stage shows that went precisely nowhere and loads of character cameos across TV and film that […]