Some many years ago now a young man began his working life as a writer but not merely as a hopeful writer but a writer for such well known top echelon magazines as Time, Life, Fortune and People.  But Patrick Kilpatrick was and remains a driven man so soon he expanded his work to include writing a play and the next thing you know he began Assistant Directing plays under John Tillinger on Broadway and also Directing several plays off Broadway .  Then as often happens his thoughts shifted westward and he came to Hollywood. 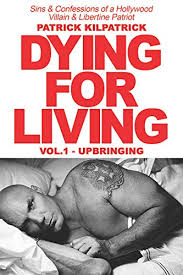 While in Hollywood where he still lives today Patrick Kilpatrick soon found himself working on camera with people such as Arnold Schwarzenegger, Bruce Willis, Tom Cruise, Jean-Claude Van Damme and other A list stars. So far he has accumulated 151 acting credits along with several credits as Producer, Director and Writer and then he formed his own production company and wrote his first book “Dying For Living” in which he reveals the true inside story about Hollywood which Patrick Kilpatrick describes as a culture of theft. 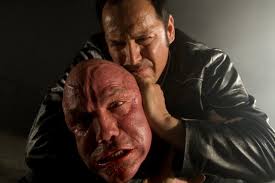 During a recent radio interview Patrick Kilpatrick related a story of how one time he was cast in a starring role and as he began going over the script he came to realize that it was script he had written nine years earlier but for which he had never been paid. Yet there he was about to star in a movie he had created but for which he had not received one penny. The good news is that he got “off book” meaning he knew his lines very very quickly. The bad news, the very bad news is that his creative work had been stolen, be it deliberately or inadvertently, either way something that was very much the property of Patrick Kilpatrick had been taken from him without his knowledge or consent or simply put, stolen. 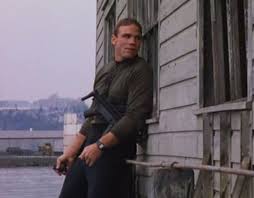 From his book “Dying For Living” Patrick Kilpatrick speaks to his motivation for moving to Hollywood as follows: “Where else would an energetic sex addict psychopath slither? It’s Hollywood or Washington – TINSEL TOWN chicks superficial and less brainy, the weather finer, less humid – and gluttonous swag won’t send you to Federal prison.”

Every man and woman is a product of their youth and so it is with Patrick Kilpatrick who has shared a great deal about his youth including this:

“My boyhood was as rarified as it was eruptive … a turbo literate, well-fed war zone replete with paradoxical violence and recurring nightmares … Arcadian landscapes, whippings with Hoover vacuum cleaner chords … mop handle beatings with skull stitches.

A few years ago, after starring in the film PARASOMINA as an eloquent serial killing mesmerist, I shaved my head and the shaped scars remained a half century later.” 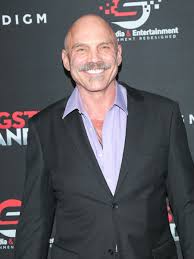 Patrick Kilpatrick has made numerous appearances on camera as an action film villain. Over the years he has fought with or against such stellar actor as Yu-Fat Chow, Arnold Schwarzenegger, James Caan, Bruce Willis, Steven Segal, Sean Connery, Mark Harmon and Tom Selleck to name but a few. There are several references and details throughout his book which is spellbinding in many ways.

Of Patrick Kilpatrick, James Woods has said: “One of only two people from whom I learned something about acting. We are all lucky Patrick Kilpatrick has chosen the share, Ron Perlman commented: One of the greatest actors of any generation.” And long-time star of the hit TV show “Criminal Minds” and more importantly proprietor of the fabulous restaurant Taste Chicago, Joe Mantegna said of Kilpatrick’s book “You may love it, you may hate it, but you will never forget it.”

I was extremely blessed to have shared some time with Patrick Kilpatrick on my weekly radio show, The Dr. Ron Show on Universal Broadcasting Network. I discovered a very rare man in the world many call Hollywood. He may play many characters, but Patrick Kilpatrick is a very real, sincere, fascinating and credible human being. I wholeheartedly recommend his book “Dying For Living” and please also note that Patrick Kilpatrick had pledged a portion of each book sale to aid wounded American military men and women who need help. So in the end you get an excellent read and you also do a very good deed. It just doesn’t get any better than that.

All photos of Patrick Kilpatrick from IMDb