Even before the Trinity Irish Dance Company took to the stage of the Auditorium Theatre, the Auditorium’s jewel box of a lobby was popping with young dancers, students from Chicago’s half dozen or so Irish dance academies. The children bounced into the air as if launched from mini trampolines, burning off energy as they waited to see their idols perform. They would not be disappointed.

Indeed, the only downside to TIDC’s one-night-only performance — their first Chicago appearance in 10 years — is that it whets the appetite for more. Let’s hope that TIDC Founding Artistic Director Mark Howard remembers the warm welcome they received and brings his dancers back soon. After all, Chicago is where Howard himself learned the art of Irish dance and launched the ensemble.

Howard was only 19 when he founded the Trinity Academy of Irish Dance in a church basement in Chicago. His dancers went on to capture the World Irish Dancing Championships an astonishing 23 times. But Howard didn’t let his head be swayed by winning competitions. He envisioned a higher goal: Irish dance as a performing art. His goal was to showcase “progressive Irish dance,” a modern take on Irish dance that respects tradition as it carves out new traditions. To that end, Howard created TIDC in 1990 and has been wowing audiences around the world ever since, recently selling out a three-week tour of Japan. 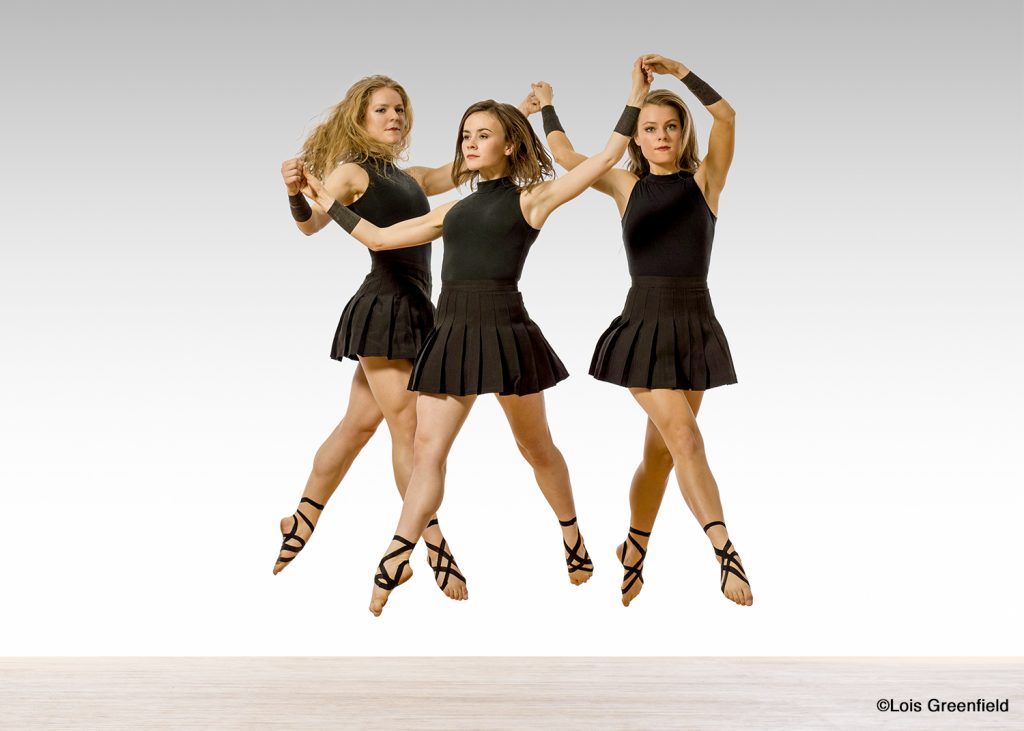 The troupe’s Chicago performance opened with Soles, choreographed by Howard, who proclaimed in the program, “When the soles of your shoes have worn off, you’re back on your feet again.” It’s easy to imagine shoe soles disintegrating in a piece like Soles: all 20 dancers (18 of them women) clogging in perfect unison, their reverberations strong enough to strain the needle of a seismograph.

Soles strips Irish dance to its essentials, with the dancers clad in black and lit by pinpoint spotlights, to focus attention on the movements that define the art form: powerful, tightly controlled leg movements — the dancers appear to be airborne half the time — contrasted to rigid torsos and constricted arms. In other pieces in the program, when arms are flexed and arced, the movements had that much more impact.

The toe taps — and later in the program, hand claps or the stomp of slippered feet — created their own music. But soon the dancers were backed up by four talented musicians on stage, including triple threat Jake James on fiddle and bodhrán (Irish frame drum) while dancing himself. 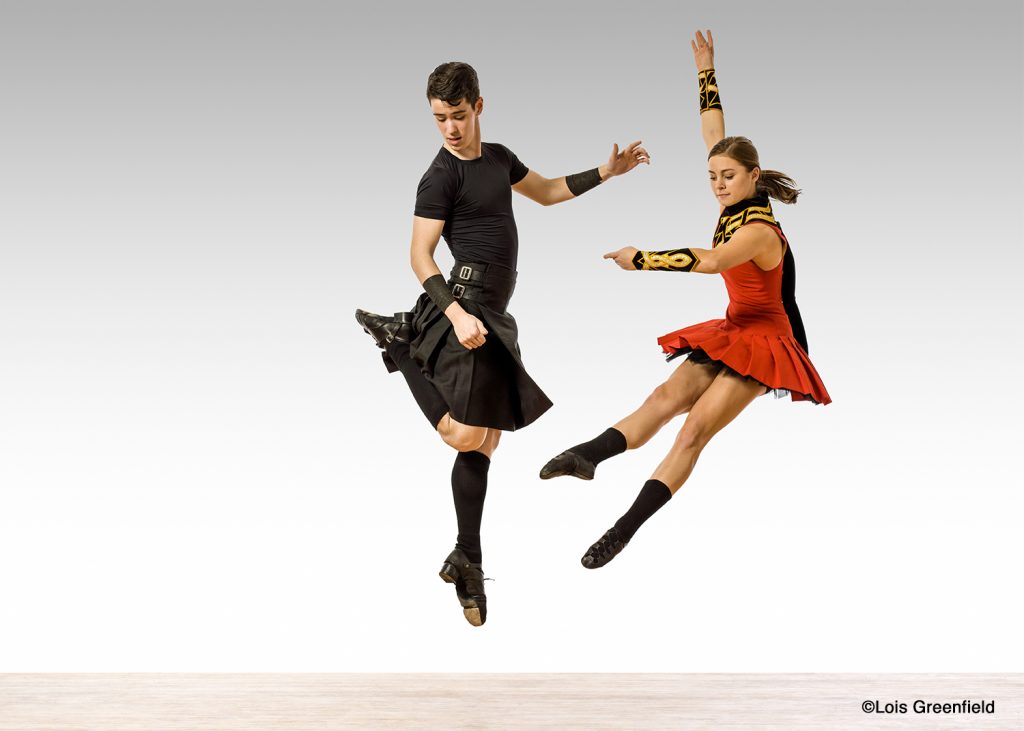 The program of nine dances and three musical interludes was strong throughout, with multiple highlights. In Johnny, created by Howard in 1991 for one of his many appearances on The Tonight Show Starring Johnny Carson, the troupe was joined by young dancers from Chicago area dance schools. In a later dose of local color, Chicago’s Shannon Rovers Irish Pipe Band slipped into a musical interlude of Paul McCartney’s Mull of Kintyre, striding down the audience aisles, their bagpipes resounding in the Auditorium’s perfect acoustics.

Perhaps my favorite piece was Howard’s Push, billed as “percussive power on equal footing.” Danced by Aaron Wolf, Chelsea Hoy, Ali Doughty and Michael Fleck, Push (2014) at once sharpened and softened the traditional movements of Irish dance. Artful lighting by Al Crawford projected dancing shadows on the back wall of the stage, creating larger than life dancers.

Curran Event, choreographed by Seán Curran, pushed cultural boundaries, as if to say with a wink that everyone’s Irish on St. Patrick’s Day.

The program ended with the world premiere of An Sorcas (Gaelic for “The Circus”), choreographed by TIDC dancer and associate artistic director Chelsea Hoy, an impressive talent at age 23. An Sorcas opens with a glittery disco ball and the image of a unicorn projected on the stage wall before it gets down to its thought-provoking business. “It’s a piece that begins with idolatry and progresses towards empathy,” said Hoy. “Halfway through the pieces, we shed jackets made from deconstructed flashy Irish dance dresses to reveal an understated, hopeful company.”

At its one-night stand at the Auditorium, Trinity Irish Dance Company engaged throughout with dancing that was immediately accessible and thoroughly entertaining, even at its most abstract — no easy feat. Memo to Mark Howard: you can’t come home again soon enough.