On a hot, smoggy, day in Van Nuys, the Hollywood Media Professionals (HMP), formerly known as the Pacific Pioneer Broadcasters, gathered for lunch in the ballroom of the Airtel Plaza Hotel to heap praise upon a soft-spoken, 83 year old, renowned, British crooner by the name of Engelbert Humperdinck (legal name: Arnold George Dorsey). He first exploded upon the scene in The Sixties, at the same time that The Beatles and Rolling Stones began to impact the culture. Back then, anything originating from the United Kingdom was deemed to be “groovy,” and Humperdinck captivated female fans with his bizarre stage name (emphasis upon the 3rd syllable); his sultry, dreamy, good looks, that melted all hearts; and his powerful, penetrating, singing voice. Belting out major #1 hits such as “Release Me,” “After the Lovin’, “ and “ When There’s No You,” the young Humperdinck was like pure male heroin to the newly liberated ladies of his day and, in their libidinous delirium, they craved his attention, tossing panties, bras, and even locks of pubic hair onto the stages upon which he performed. In the realm of male soloists, only Tom Jones or Elvis Presley elicited such frenzied, perverse, antics from their mesmerized female groupies. The net result for Humperdinck: sales of more than 140 million records, 64 gold albums, 23 platinum albums, four Grammy nominations, a Golden Globe, four command performances in front of the Queen of England, and stars on the Hollywood Walk of Fame/ Las Vegas Walk of Fame.

However, as is the case with so many young talents, sometimes the Universe gives you what you want, but NOT what you need. If you listen to the early songs of Engelbert Humperdinck, the remarkable vocal skill is most apparent, but the soul is not yet fully developed. That is because, for most artists, in order to become a genuine mirror of humanity, only harsh experiences and deep suffering can provide the type of authenticity that rings true with audiences…and Humperdinck is an extraordinary individual who has scaled mountains, only to topple in the worst way, culminating in a remarkable resurrection that lifted him to the apex of his career. Married at an early age to Patricia Healey, Humperdinck struggled to keep his family of six afloat, but reached a point of such extreme destitution that he finally was compelled to go on welfare. When success began to arrive, an avalanche of aggressive, lusty, women overwhelmed Humperdinck, and unsurprisingly lured him into temptation. Naturally, his marriage became rocky, yet despite all obstacles, it survived and ultimately healed. However, approximately 12 years ago, Humperdinck’s wife developed Alzheimers Disease, and it has been a heartbreak for him to watch over her deterioration. Humperdinck has had numerous hi profile friends, most notably Elvis, whose untimely death left a huge hole in his heart, and one of the most regrettable aspects about 83 years of longevity is that Humperdinck has attended far too many funerals of his close intimates. After glowing tributes from a litany of entertainment luminaries (See List Below), Humperdinck climaxed the lunch event with a heartfelt speech about his journey that left many in the audience fighting back tears.

So Humperdinck’s life has been a series of dramatic highs and lows, and he may be one of the few octogenarian performers who not only defies the aging process, but whose songs have never been more riveting. To listen to his latest creations is to discover a profound sensitive maturity that only enhances his populist appeal. Unlike many of his peers, Humperdinck refuses to sit in a rocking chair, and instead loves to tour, with scheduled upcoming performances in Japan, Singapore, and the Philippines.

And speaking of tours, it has been conjectured that one of the ultimate live concert experiences would be a duet performance between Engelbert Humperdinck and Tom Jones. Not only do they both retain legions of loyal female fans, but there are new generations of young women (and men) who likely would line up around the block to hear those two legendary vocalists wail together. Unfortunately, there is a longstanding rift between the two men, rumored to be a dispute over a woman from their past, and Humperdinck claims he has not even spoken to Jones in some 30 years. However, if Simon and Garfunkel could be persuaded to mend their own notorious schism, then with any luck, somebody will mediate matters and bring forth what is bound to be a male/male duet of epic dimensions. Anything is possible…and Humperdinck’s amazing life is absolute proof of that fact!

(consists of professionals in all entertainment spheres, including podcasting, blogging, YouTube recordings, live online streaming, as well as traditional broadcasting).

Until June 30, 2020, new Applicants may join the organization for a $55 fee, plus the reference of a member in good standing. 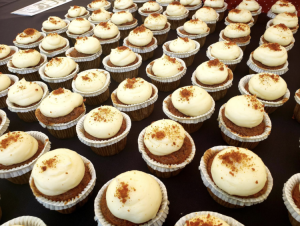