It’s glitz. It’s glamour. Show girls in iconic costumes – a throw-back to old Las Vegas –  delight the eyes. Elvis Presley, Tina Turner, and Rod Stewart impersonators charm with their physical similarities and entertain with their spot-on impressions. Graduated seating in the Legends in Concert Theater gives everyone a clear unblocked view of this wonderful Vegas show Legends in Concert. The iconic Tropicana Las Vegas is the ideal venue for this show which ran for 38 consecutive years until, – you know – that pandemic thing.

Celebrity host Frank Marino, a staple of Las Vegas entertainment for decades is back in his Joan River-ish role of MC. Does that make Frank the Mistress or Master of Ceremonies in the fab-u-lous outfits he dons to bring us some edgy humor.

Frank shares a bank of new material. And the outfits – Wow. Frank’s slimmed down figure will make the ladies jealous. Frank urges the audience members to take as many photos as they want, telling us,” I didn’t sit in make-up for two hours for you people not to take pictures” 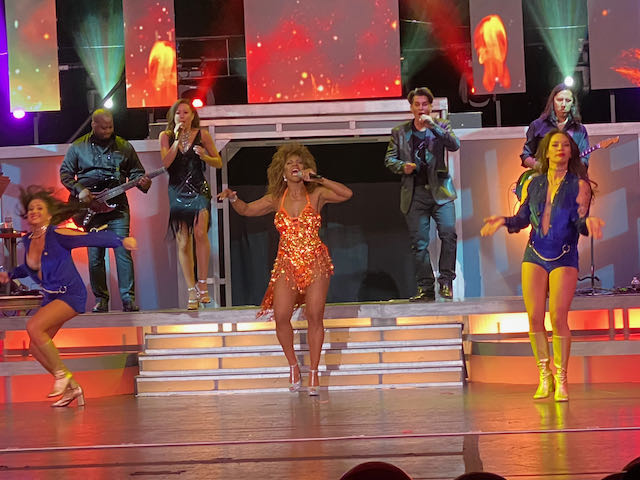 The show is 100% live. No lip syncing here. No prerecorded music. Sassy powerhouse Vivian Ross Scott as  Tina Turner, the Queen of Rock and Roll, turns the heat up with “Burn Baby Burn”. 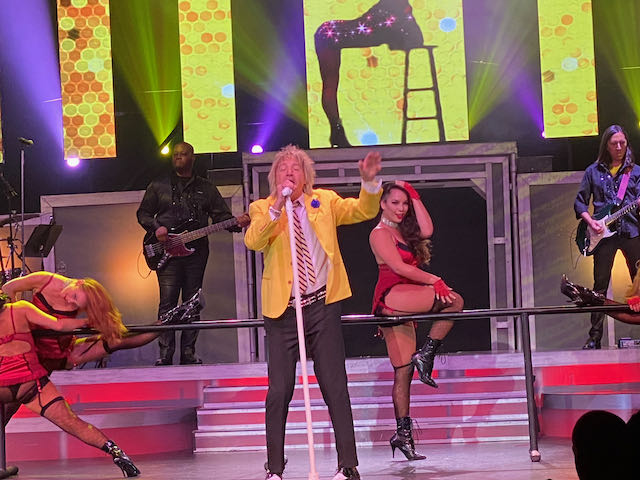 And then on to music icon Rod Stewart played for more than 20 years by the talented John Anthony. Loved his rendition of “Maggie.”

Can you get anymore legendary than Elvis Presley – the King of Rock ‘n Roll! Mat Lewis has been an Elvis tribute performer since age 12. USA Today named him the Best Elvis in Las Vegas.

A performance by Matt is enough to “Satisfy Me” as he sings “One Night with You.” The costumes include some dazzling vintage style pieces that look back to the glitz and glamour of Vegas and some sexy modern dress. The dancers, the four piece band, and back-up singers Tony Torres and Deanna Carey make this show “Simply The Best”. This is a true Vegas Show, saluting the greats of the past and present. If you want to see a show that is all about Vegas, go see Legends in Concert at the Tropicana. 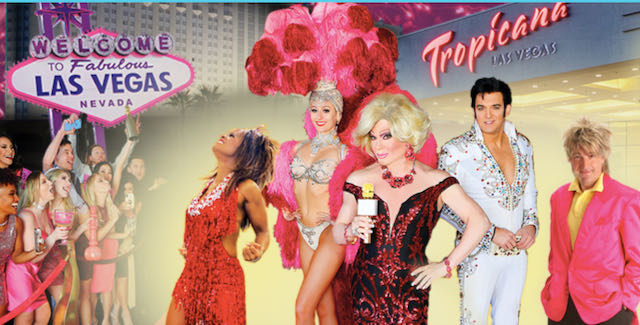 Her Majesty’s Will Review – Swashbuckling Shakespeare

June 29, 2022 Splash Staff Events 0
Spread the love
Spread the loveSummertime and Las Vegas are the perfect combination. Add the Fourth of July and you have one long and amazing weekend that has more things to do than you could think possible. Splash […]

March 25, 2021 Dianne Davis Restaurant Reviews 0
Spread the love
Spread the loveLAS VEGAS – Spring has sprung at The Venetian Resort, and several of the eateries in its Signature Restaurant Collection are celebrating with special holiday menus for loved ones around the table this Easter. […]