“North Coast Rep continues to blow us away with storytelling mastery,” in the streaming one man show, ‘Dr. Glas.’ North Coast Repertory theater ends it’s successful streaming season on a high note with the eighth and final show.

The World Premiere of “Dr. Glas,” is written by Jeffrey Hatcher of Holmes and Watson fame. The story is based on a Swedish psychological thriller. Originally written in diary form, the masterpiece was destined to become a one man show,  a perfect fit for Broadway actor Daniel Gerroll.  Hatcher and Gerroll collaborated to bring the show to life. When Corvid intervened, Artistic Director of North Coast Rep, David Ellenstein, entered into the mix. He offered the pair the opportunity to produce a streaming hybrid in the interim. Totally different animals, when it comes down to it’s storytelling and Daniel Gerroll is a master craftsman

:Dr. Glas”, is an historical piece on the moral choices physicians must make on a daily basis. Difficult back then, and even more so today. In this show a woman comes to Dr. Glas, asking for help against her husband, a corrupt reverend. The reverend  insists on his marital rights even though his wife is resistant. Dr. Glas, falls for the woman, and helps her. Eventually, even trying to help out permanently. The story, has a tinge of romance, and takes us on a journey of woman’s rights, betrayal, suicide, and murder. Asking the question what would you do?

The staging background is simple and elegant, leaving the viewer to focus on the story listening intently to discover what will happen next. The play which is an hour in length is a show for people who are curious, and love to look into other people’s minds.

In September North Coast Repertory will be back live. 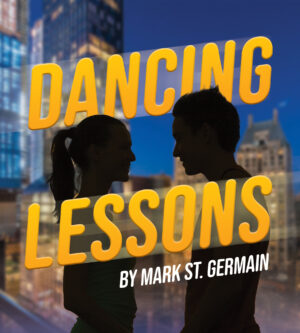 Entertaining and charming! We meet two highly offbeat characters, a Broadway dancer and a science professor coping with physical and emotional challenges as they forge an unexpected friendship in this heartfelt play.  Filled with laughs and the intricacies of the human condition, we witness their journey of discovery and personal triumph as they come to realize that sometimes the most profound experiences can occur when least expected.