Award winning filmmaker/director/producer/musician MARTIN SHORE started his career as a musician. Mr. Shore has toured with Bo Diddley, Albert Collins, Bluesman Willie, and many others. He has produced soundtracks and has acted as music supervisor for a number of feature films, including SAW, SAW II, RIZE, and ROCK SCHOOL, among others. He has been a music producer for a variety of artists, including Snoop Dogg, G-Eazy, Yo Gotti, Mavis Staples, Booker T. Jones, North Mississippi Allstars, and many others.As a feature film producer, Shore’s films have been featured in many international film festivals around the world, including Cannes, Tribeca, Sundance, South By Southwest, Raindance, and the Los Angeles Film Festival.

As a producer to GRAMMY nominated recordings Mr. Shore has toured most recently with Cody Dickinson and his band Hill Country Revue, and five National TAKE ME TO THE RIVER LIVE! tours featuring William Bell, Bobby Rush, and Charlie Musselwhite and others. He is a voting member of the National Academy of Recording Sciences (Grammy Awards) and the Producers Guild of America.
TAKE ME TO THE RIVER (2014), Mr. Shore’s debut film as a director, won the Audience Award at SXSW, Best Film at Raindance London, and numerous other awards (8 other festivals around the world).
TAKE ME TO THE RIVER NEW ORLEANS, the follow up to the acclaimed film, will premiere in 2022.
He is the founder of the Take Me to the River Education Initiative, a non profit 501c3, that provides common core curriculum in both history and social studies, and is part of the permanent curriculum in schools across the country including New York City public schools, with a mission to bring art, culture, and music back into public schools. Their education partner is the Berklee College of Music. With The New School in NYC Mr. Shore has recently built and taught a college accredited course that began in the fall of 2018.
Mr. Shore has been a guest lecturer at colleges across the country and did a residency at the Berklee College of Music campus in Valencia Spain. His second directorial effort MAD HANNANS (2018), won Best Documentary at the Manchester Film Festival and other awards. 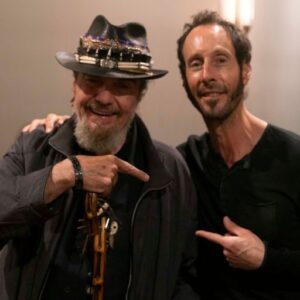 Thank you so much for doing this with us! Before we dig in, our readers would love to “get to know you” a bit better. Can you share with us the backstory about what brought you to your specific career path?

I’m a trained musician and started as a musician and touring musician, but always with the eye towards film. In some ways film is the ultimate art because it’s so inclusive of all arts. So I then started making music for films, also was a music supervisor, and then producing, and then finally getting my chance to direct.
Can you share the most interesting story that has happened to you since you joined the entertainment industry?
Oh wow. So many! So hard to pick one! Working with Snoop Dogg, William Bell, and all the great musicians I’ve had the fortune of working with, sitting in the editing room with Ridley Scott, so many!

Tell us more about “Take Me To The River, New Orleans”, how it affected your life? Did you learn anything new about New Orleans when making it, or what can people expect to learn from watching the film?
I learned a lot about New Orleans while making the film! Particularly the impact that the Haithian slave revolt had in shaping modern day New Orleans. People can expect to learn all about where your music came from. Making Take Me to the RIver New Orleans has made me even more aware about the importance of sharing the history, the legacy, the heritage, the culture and music of New Orleans. It has re-emphasized daily what an amazing cultural jewel New Orleans is to the world.

Was there anything or anyone very special that you are thankful made it in to the film?
Yes, Charles Neville, Art Neville, Dr. John, and 5th Ward Weebie. RIP. God bless you! Their music and their legacies live on forever. 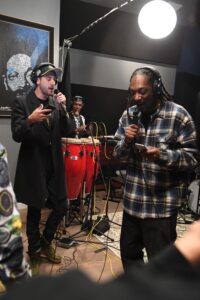 Do you have a favorite scene or song from the film?
That’s really hard, there are so many of them, and in some ways they are all my favorite! I would say that the Neville Brothers coming together in that session that included two of their sons, Ivan and Ian Neville, with George Porter Jr., was pretty amazing!

Where can people see the film?
Starting April 22nd at the Broad Theater, then Alamo Drafthouse 4/29 in NY and LA. Then more theaters around the country.

I heard there is an album coming out as well, can you tell us a bit about who will be featured on it and when it will be available?
There are 25 brand new songs recorded for the album, featuring some of New Orleans most legendary artists. It comes out 4/29. 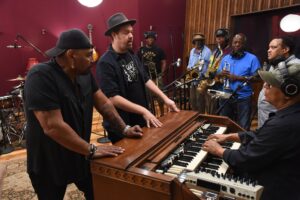 None of us are able to achieve success without some help along the way. Is there a particular person who you are grateful towards who helped get you to where you are? Can you share a story about that?
Just a huge shout out to my co-creator on Take Me to the River, Cody Dickinson! His dad Jim Dickinson. Boo Mitchell and his dad Willie Mitchell. William Bell, Al Bell. and all the musical legends that I’ve had the opportunity to work with.

From your experience, what are a few ideas that we can use to effectively offer support to others who want to work in the film industry?
To provide mainstream media and make people aware of the art and the work. To support local artists 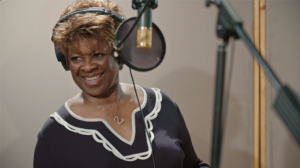 How did working in music help you when transitioning to film?
Just being a musician and producer helped me make the talent feel comfortable and make the environment warm to ensure a great outcome.