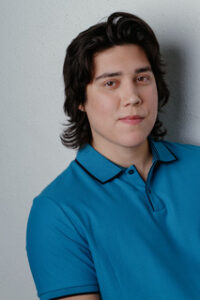 Andrew Burton is an actor, writer, producer, and director who leads his own motion picture company, Burton Pictures. As a self-taught filmmaker, Burton has made several feature films including Roma 96, Pan American 1, 2 and 3, Chernobyl High and the most recent, All the Lord’s Men. In addition to directing all his films, Burton also writes all the studio’s productions.

Burton Pictures, dedicated to producing and delivering high-quality entertainment to audiences worldwide, focuses on continuously creating original content which it owns, and which provides avenues to the creation of further content within the company’s cinematic universe. The entertainment company generates multi-film stories believing that the future of motion picture storytelling should be through long-form narrative. Through this process, Burton utilizes the unique attributes of cinema to entertain a global audience.

Andrew Burton’s passion for motion pictures began as a young boy growing up in Oregon. In addition to being studious, he was an internationally ranked skier who graduated high school with honors and went on to attend Dartmouth College in New Hampshire. While at the Ivy League school, Burton took several writing classes including a course where he honed his screenwriting skills and graduated with an English Degree.

Aside from screenwriting, Burton loves the entire creative process including bringing the project to fruition through his directing. Whether behind the camera or creating worlds through his storytelling, he believes that everyone should be given the chance to contribute to their own genius. Creativity should never be stifled and in his own experience, the best takes during a shoot are usually “take 1” and “take 2.” He also feels it is important for morale and the film itself to keep it moving – “shoot fast, don’t storyboard too much, and be open to shots and ideas coming to you on the day.”

Burton’s final piece of advice to up-and-coming writers and directors is to know what you want and do that, make sure everyone feels comfortable and maintain good vibes for everyone on the set.

Thank you so much for doing this with us! Before we dig in, our readers would love to “get to know you” better. Can you share with us the backstory about what brought you to your specific career path?

I had been writing screenplays since grade school, and had amassed a pile of maybe a  hundred. And I decided one day to make a short script into a short film. I made a few more  short films after that, and then I started making feature films. 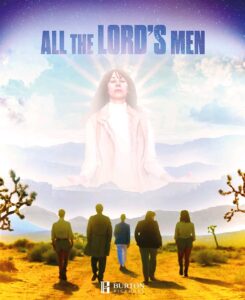 Congratulations on your first film “All The Lord’s Men”, can you tell us more about that project and what it means to you?

All the Lord’s Men was an exercise in crafting a rather surreal work of art which inheres to its  own logic, and to do so in a very short amount of time with a small budget. I shot the film in  five days in Los Angeles. We shot 20 pages per day on average, and never went more than a  few minutes into overtime. It was a fast and very efficient shoot, and this helped me a lot for  filming Pan American Volume 2, a feature film which I shot a few months after All the Lord’s  Men. I was able to shoot Pan Am 2 faster than I had shot Pan Am 1 because filming ATLM in  five days had helped me to refine my directing. Directing is as much about knowing what not  to shoot as it is knowing what to shoot.

Can you share the most interesting story that happened to you since you started writing/directing? 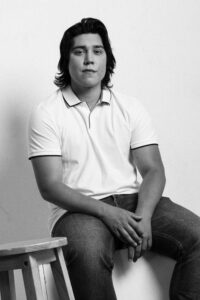 Are you working on any other exciting new projects?

Yes, I am currently in pre-production on a series of films called Chernobyl High. It will film  around the world and be very entertaining.

Is there a particular person who you are grateful towards who helped get you to where you are? Can you share a story about that?

I am very grateful to all the people in my life who have shown support and guidance.

From your experience, what are a few ideas that we can use to effectively offer support to others who want to work in the film industry?

One should not be too precious with their scripts or try too hard to make sure everyday on the  film set goes perfectly; the most important thing is to finish something, whether it be a film or  a script; movies have a strange alchemy about them and things usually end up working out for  the best provided one keeps their efforts strong from beginning to end of a project.

Can you please give us your favorite ”Life Lesson Quote”? Can you share how that was relevant to you in your life?

I do not have any quotes that I live by, but I’m a big believer in always looking for the best in  people and trusting people. This is very important during the process of putting together a  crew and a cast for a film: one is frequently meeting new people, and you have to decide in a  short amount of time whether you want to work with this person for the next year and whether  they will be able to contribute a lot to the project. I think I’ve done an alright job of this so far,  as my films contain excellent acting and excellent work overall from many people.

My company Burton Pictures is on instagram at @burtonpicturesentertainment.

When will the film be available and how can we watch it?

All the Lord’s Men will be available globally on all major digital platforms in mid-August 2022. It  will also be playing in movie theaters around the world from July 1 through September.